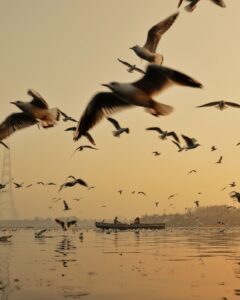 Collective nouns are words that refer to a collection or group of multiple people, animals, or things. However, even though collective nouns refer to more than one individuals, they function as singular nouns in a sentence. This is because they are referring to one thing: the group as a whole.

We all know that geese fly in a gaggle. However, if you listen carefully over the evening sky at dusk. You might hear them in competition to tell the best joke—it’s how they put the gag in a gaggle. And, if they happen to be African geese, the funniest of them get to do a stand-up routine at the Hippodrome, which used to relate to a harras of horses. But a group of hippopotami is a flatulence.

It wasn’t always this way. Both hippopotami and hippopotamuses are correct in the English language. The hippopotamuses used to be content with their bellies full of air, keeping them afloat until one night in 1978 when a hippo in Regent’s zoo saw a terrifying sight. A pink pig floated above his head towards Battersea Power Station. It caused him such distress that he farted and sank. Horrace was terrified that he, too, would take to the air and float untethered into the ether. Hippopotami rarely explode when they pass wind as they lack the spark of intelligence. Now, whenever a hippo hears a Pink Floyd track, they fart, lose buoyancy and wallow in mud glorious mud. 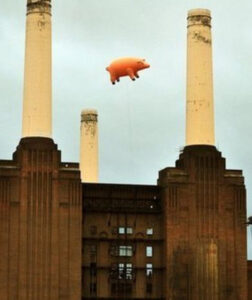 A group of lemurs is called a conspiracy. In common with white mice, dolphins and cats, these species are all fifth columnists with designs on world domination. Watch for the ring-tails on a night out. You’ll see a conspiracy of lemurs in any Wetherspoons. They huddle around a bar table with their heads together, and tails entwined, conspiring to overthrow the government, sing over the band, and shout out the answers to the quiz. When they’ve had too much to drink, they fall over. The doormen pick them up at the end of the night and drop them on the pavement outside the pub.

Monkeys consider themselves above the primal lemurs and congregate in carriages, where they ride through London in tophat and tails.  Similar to the penguins, who prefer to sail down the Thames on a raft and throw perch in a drop-off at the carriage of monkeys.

The point of all this silliness is to show that you should play with your description when writing a book.  Keep a Google search of collective nouns open to have fun with your writing. Instead of saying, ‘There was a herd of cows in the field,’ you can use other recognised collectives, such as a drove or a drift.  Better yet, make up your own. You don’t have to stick to recognised collectives. Use your imagination. Staying with cows, you could have a fresco of Friesians. I made up the nuance of nouns at the top of the article and the drop-off of perch. You could have a hoar of smokers—a crumble of biscuits. How do you see the group of men at the park—a thumb-print of husbands, or, if that’s not the impression you want to give—a controlling of spouses—a tenderloin of men. The wives, a meekness of them, congregated around the drinks table at the BBQ. An apron of wives, an intelligence of them, a spawn of children. A cacophony of toddlers. An Adidas of teenagers.

Think about what you want to say and the emotion that your chosen collective will create, and then use either a recognised collective noun or come up with your own.  Use them sparingly. They would get irritating very fast if you used one in every other sentence. Still, they can be a great and fun way to convey a precise image or nuance to your reader.

If you enjoyed this article, please consider looking some of Best books Editor’s other articles and writing tips.

13 Common Mistakes Fiction Writers Make and How to Avoid Them

How to Overcome Writers’ Block

How to Write A Novel 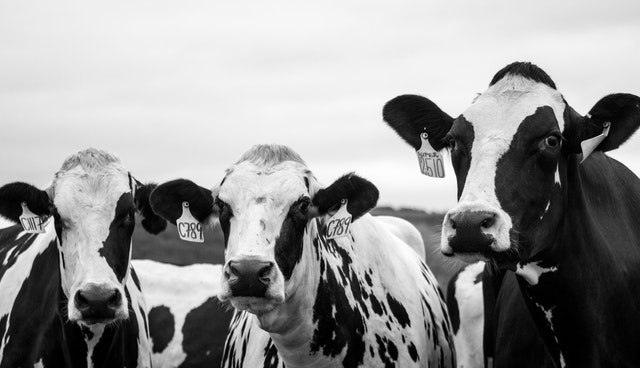