Decide What you Want to Write.

‘Ah,’ says she, ‘but that’s the beauty of a blank document.’

Most people, on most occasions, would know what they were going to write before they put a finger to key—but a poem could spark a song, a blog could inspire an autobiography (I know, not fiction unless you are a pathological liar), and a short story could inspire a novel. With creative writing, unless you’ve been commissioned to write to a set brief, there’s no need to restrict yourself to anything. That’s what makes it creative. 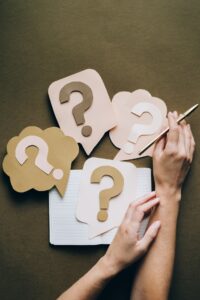 The rule of fiction writing is that there are no rules. (for the exceptions to this rule, see clause 346 in the small print below)

Your character, Prunella, has four arms. He owns a pet lampshade called Tiberius, and he has a degree in Ravioli. That’s fine. Write anything—write everything—write something.  If it comes out of your mind, then it’s worthy of being written down.

I wrote a poem called Kers Rooi—Cherry Red. I don’t even like poetry, but I dabble once in a multi-coloured moon. I’ll be honest, I write poetry twice a decade because it’s fast and it’s easy, and I turn to it when I’m too lazy to write anything longer. I got going with neat rhyming couplets and was hitting a fair old pace.  It was a poem about war, and halfway through, the couplets felt twee, so on the following line, I lapsed into a free-sprawling rant for the rest of the piece. It was given a cherry award on ABCtales, thank you very much. The point is, they are your words, and you can go anywhere you like with them.

And the great thing about creative writing is that it’s free—it doesn’t cost a penny.  If you can’t afford a keyboard, write with pen and paper,  or chalk on the pavement or a stick in the dirt. If you live in a concrete jungle and don’t have dirt—or a stick, write in your mind. See the words forming like animated notes, crochets, and semi-quavers of description and narrative and a running stave of treble clef dialogue.

The infinite monkey theorem states that a monkey hitting keys at random on a typewriter keyboard for an infinite amount of time will eventually type any given text, such as the complete works of William Shakespeare.

Taking a similar concept, you don’t need degrees and courses, or even to study a thousand textbooks. If you write often enough, you will learn. Okay, so reading helps, but I’m not going to ruin The Infinite Katherine Black Warped Theorem. If you write, you will improve, you will learn, and you will progress.

If you’ve never written creatively before, take your first piece of writing, seal it in an envelope, date it ten years in the future, and on that date, read it. If you have written progressively since then, you will see a vast improvement. 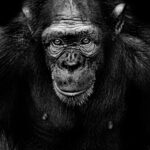 But I Want to Learn How to Write Properly

Read other people’s writing, especially people like you who are learning. Again, the writing site ABCtales is brilliant.  If you read accomplished authors, you’re going to see perfection. However, if you join one of the writing sites to showcase your work and critique for other people, the range of ability is vast. Errors in other new writer’s work will jump out at you, and you can apply the corrections to your own writing. I learned to write on these sites and continue to learn and improve. The best way to improve your own writing is by critiquing for others—guaranteed.

So, How Do I Write Fiction?

This article is working on the assumption that you’ve never written more than a shopping list since you left school. The question is not, How do I write fiction, but, What shall I write about?  Stop and turn in a circle.  What do you have around you? Pick the most interesting object in your 360 vision. I’m in my office, my dog’s lying next to me, I have a biscuit tin that I keep pens in—but I think the thing that would most inspire me to write is the Hubby’s battered old guitar case. It has a story to tell. There is something in your line of sight right now that you can write about.

Open your blank document. If you have a title in mind, use it. If you haven’t, that’s okay, something will come to you later. And write. Away you go.  Start by describing the object. We won’t get technical and fire adverb usage, POV, person perspective, or tenses at you at this stage—that’s way down the line.  What is the most descriptive thing you can say about your object—or it could be a person, animal, or even an abstract concept featuring the air around you?

As you write down the first few words, are rhymes coming to you? Many people find poetry—either structured or freeform— the easiest medium to write in as a starting point. Is it taking shape as a story, a blog, or just a vignette about your chosen ‘thing’?

You’ve written your first words. Is it finished? You’ve described it, is that it? Are you happy with it as your first ever piece of creative writing? Or, do you think you can expand on it? Who does it belong to? What’s the story?

Take inspiration from everywhere. My novel A Question of Sanity germinated from an unpleasant nightmare. When I woke up, I couldn’t wait to get to my computer to make notes before my idea faded away, as dreams do if you don’t capture them. Possibly the only occupation or hobby that makes nightmares a positive thing. Another of my novels, Leverage, germinated from an amalgamation of two ideas. Speed dating had just hit our little backwater in the beautiful English Lake District—probably 20 years behind the rest of the world—and the concept fascinated me.  And then there was this crazy—beyond crazy—television show called My New Best Friend that aired for one season before being banned. The concept was that an actor appeared in your life. He would appear at a bus stop or in the street. He was then attached to you for an unspecified amount of time—and you had to do everything he said to win £10,000. I took elements of the two ideas, and Leverage came to be. The television is an excellent source of inspiration—and then just anything around you. Stories are hiding under every leaf in the garden and rocks on the beach. Your job is to imagine them.

You have some words down; if it’s finished, do another one tomorrow. Either stick with the same format or give a different category a go. If it isn’t finished, all the better, you are still writing.

We’ve established that there are no rules to writing fiction. However, fact is fact, and life is life. You can’t get fit without exercising. You can’t be successful without working and, if you eat enough chocolate, you will get fat.

There are no rules to writing fiction unless you want to…

Publish, Get Paid, Be Read

If you take your writing to the point of wanting any of these three things, you’ll have rules seeping out of every pore. Hundreds of rules—thousands of them. And that’s when you have a craft to learn. The minute you put your writing out there and show it to other people, either for critique, for payment, or for publishing. You have to know what you’re doing. Damn that small print. There are technical rules, structure rules, spelling, grammar, and punctuation rules. I’ve been writing for years and have learned maybe 10% of everything there is to know about the art of writing.

For instance—Do you know what analepsis is? No, nor me until today when I needed a synonym.

So much to learn and a lifetime to learn it.

You’ve written your first words. Now, if you’ve enjoyed it, make time in your life for writing.  When I’m writing, something that works for me is setting myself a manageable daily word count—and sticking to it. Okay, that bit might not be so easy, but it’s a good theory.

Don’t try to overstretch yourself. Decide what you can do easily, even if it’s only 100 words a day. I set myself 1,000 words. On a good day, it’s fifteen minutes, and on a bad one, or if I have a lot of research to do, it can take me all day.

You will find that magic happens—if you get on a roll, your target will fly by without you even noticing, and you will continue to write. My standard target is 1,000 words a day. It has been for years, and I’ve never increased or decreased it. I find that I tend to sail past it and average 8,000 words a day, with my record being 16,000 words in a twenty-four-hour period. Try to push for your target if you can, but never force yourself to go over target. Once you’ve hit it, allow yourself to stop if you’ve had enough.

And my last tip for this article, everybody writes their own way. You’ll find what’s comfortable for you. One thing that I don’t do is edit as I write. I just get the words down—any words in any order. For me, editing as I go would bog me down and stop the thought process. There’s plenty of time for editing when the job’s a good ‘un.

Writing can be one of the best friends you’ll ever have. Keeping a daily journal of everything good, bad, and indifferent in your life is another good way to get into writing. Rant to your diary, and it can save a fortune in therapy. Whatever you write and however you do it—enjoy it. You will be amazed and inspired by how quickly you find that your writing ability progresses. 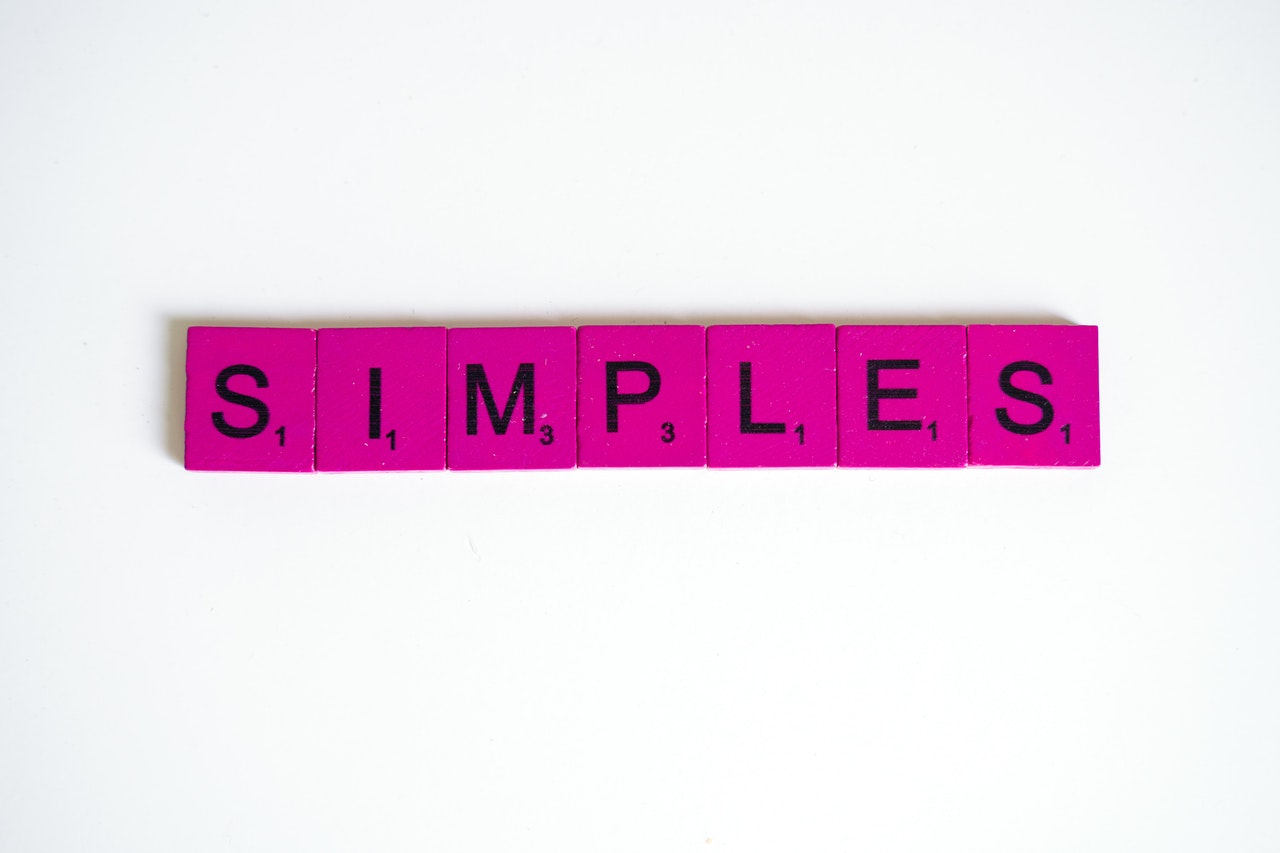