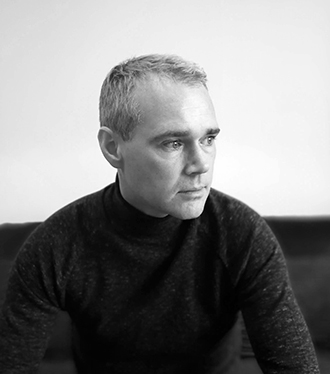 We would like to introduce …. Peter J Merrigan. Author of The Camel Trail, Rider, Lynch, Stone Heart and Forged Stone. Peter opened his writing career with his three excellent thrillers and now writes Historical Celtic Fiction. He is one of the best, most intelligent and technically correct authors of indie fiction out there.

BBE: Welcome. Let’s get to know you first before we talk about your books. While my team alter the bright lights to shine—just so,  tighten the thumbscrews and hook up the polygraph; why don’t you start at the beginning and tell us about your early life and upbringing?

Peter: I’m a good Catholic Irish boy, so I am. I was born in Ireland at the tail end of the conflicts and not a million miles from troubled Belfast—though thankfully in a rural enough area to be shielded from it. I had a happy childhood with Mum, Dad, a brother and two sisters who kept me in check. My mum is a tiny little lady with a penchant for big dogs, so I grew up with Malamutes and Newfoundlands, which they have to this day.

BBE: Where are you from, and where do you live now?

Peter:  Hailing from Ireland, I moved to London to study for my degree at Uni and had some great times there, before moving Up North to Leeds.  However, the rolling hills of home called to me, and six years ago, I moved back home.

BBE: how did you perform at school, top of the class, or the child they said would never amount to anything as long as he had a hole in his—inkwell?

BBE:  Where are you now? Tell us a bit about your life, work, family?

Peter: When I moved back to Ireland, I met my other half and adopted Hollie, the Collie dog. She is the apple of our eyes and ruler of all she surveys. It’s exciting times because we announced our wedding date last month and I’m looking forward to being a married man next June. I love my job as a Marketing Consultant, but I always wish I had more time for writing. 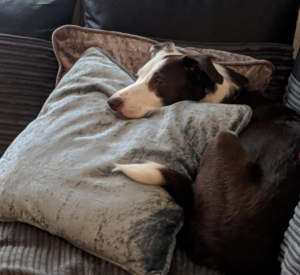 BBE: Where do you go when the world gets scary?

Peter: Inside my head. Where else can you go?

BBE: Which five people, alive or dead, would you invite to a dinner party?

BBE:  What is your method for writing?

Peter: I don’t really have one. Just get the job done as and when I can. The work/life balance sometimes gets in the way, so it’s a case of being disciplined and making time to sit down and write—but I don’t.  Hey, did you see that great film on Netflix last night?

Peter: Food, I like plain food, good old steak and chips. However, when my best mate and I used to go out in England, we had this thing. We’d come home after a drinkie or two and have  YPB’s—a warm Yorkshire pudding filled with Primula cheese and topped with crispy bacon—to die for. Drink. I’m a coffee nut. This man does not work without coffee. My weekend tipple is usually a nice bottle of red. Pet, well, Hollie is just the best dog in the world. Ask her, she’ll tell you the same. Film: ET – the Extra-Terrestrial (yup, don’t laugh!) 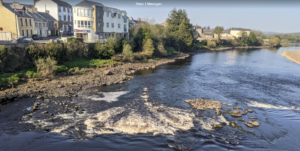 BBE: What makes you different?

Peter: What? Apart from my five nipples and the spare arm? I’m an average Joe—called peter—making my way like everybody does. I’ve got a lot of Superhero boxers and t-shirts, does that count?

BBE: And how did you come to writing?

Peter: It’s something I’ve always enjoyed. I joined some creative writing sites a long time ago, posted some short stories, and it grew from there.

BBE: What are your influences and your writing ethos?

Peter: I read a lot. So I suppose I take a lot of influence from that. I like foreign films because sometimes a different culture can put a differing slant on things. There’s some great stuff out there that many people miss because they are put off by subtitles or dubbing. I enjoy a good thriller and doff my hat to the late, great Mr Htichcock. As for ethos, I just write what I enjoy and what I know about. If I had to have one and put it into words, my thinking would be never put a book out there and expect the world to buy it, if it’s full of errors or is sub-standard.

BBE:  How far have you come, and where are you going with your writing?

Peter: I’ve improved.  I think both my writing and my books have evolved. As a writer, it would be very difficult to remain stagnant and not move forward. I work to make every book better than the last. Isn’t that what we all do?

BBE:  Ready—Set—Go. Tell us about your books in order of publication?

Peter: My first book was The Camel Trail, it’s a family-based thriller, and I’m told my strength is in the characters, especially the two kids. I was a boy once, so I understand how they think. The general consensus in the reviews was that it made the reader cry. I’ll take that. Then there was Rider and the sequel Lynch. These are both thrillers, but they’re harder than Camel. After those three, I changed direction and turned to my love of history. I’m Irish and proud of my Celtic heritage. The Stone Heart series focuses on life in the iron age. Their existence and actions were all governed by the gods. If the crops failed, they had done something to anger a particular god and amends had to be made. But again, the stories are all about the people. We follow the characters from boys training to be warriors to Ronan taking the kingship. It’s essential to make my women as strong as the men, and we follow them too as they learn their trades as druids and warriors. The books are steeped in folklore, culture and a hard way of life.

BBE:  Which is the favourite of your books?

Peter: I like all of them for different reasons. You invest at least a year of your life writing a book and having those people inside your head. It would be mad not to like the end product. However, as I can feel the thumbscrews tightening, if I have to choose or lose a finger, It would be Stone Heart.

BBE: And your favourite character, how did they come about? What do you like or dislike about them?

Peter: It’s got to be Ronan from the Stone Heart books. I’ve watched him grow from boy to a king. I’ve seen him fall in love, deal with loss and learn how to govern his people. I can’t think of anything I don’t like about him—which is probably bad. I’ll give him a big wart at the side of his nose in the next book, and I can dislike that.

BBE: Tell us about your writing achievements and about things that haven’t worked so well for you?

Peter: It’s the age-old story. Writing a book is the easy part. Selling them is more complicated. My books should have made me rich by now, but they haven’t, so I guess that hasn’t worked so well. I think what I’d most like to get across is that the Stone Forged series is a niche market, yes. They aren’t brain-chewing gum, and the reading masses might not be interested in Celtic iron age Ireland. I’d like more people to give them a go, regardless of genre. The series is about the people—everything else is the setting. The women who have read them love the stories and invest in the characters—they aren’t just for men, historians, or people who swig Guinness.

BBE: What are you working on? 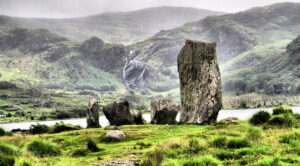 Peter: I’m currently working on the third book in the Stone series. It’s coming on well, and the end is in sight. It will be out later this year, which gives you time to read Stone Heart and Stone Forged. I can’t promise you won’t be disappointed—you can’t please all of the people all of the time—but you may be surprised that it isn’t all battles and wattle dwellers.

BBE: Where do you see yourself in five years?

Peter: Older and married with a few more books out. There isn’t much I’d change about our lives. My partner has just launched a new business, and I’d like to see that flourish, and of course, I’d like to increase my readership.

BBE: Which is your favourite cover?  How did you come up with it, and did you do it yourself?

Peter: I recently updated the cover for The Camel Trail, and I love that.  The Stone Heart series covers are themed and in line with each other. They are simple stylistic covers with a deceptive amount of design in them, so I love them, too.  Yes, I design all of my covers myself.

BBE: How do you market and promote your work?

Peter: I don’t. It’s something I really need to do. Apart from running a few Amazon Advert campaigns, I don’t market them at all. Note to self: Must do better.

BBE: Tips for other writers?

Peter: Market your books. Write them well and send them out error-free with a good blurb and cover.

BBE: What will your epitaph say?

BBE:  Anything we haven’t covered?  Write your own question and use the last one to say anything you’d like to say.

Peter: Do I get paid for this?

BBE:  Thank you for taking our interview. We hope you’ve enjoyed it. Best Book Editors wish you every success with your career, with life and with you.