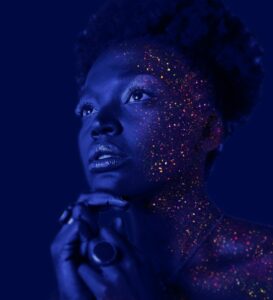 I thought I’d begin with a pretty picture that has absolutely no relevance to the article, just because it adds beauty, and we have an unpleasant warning in this week’s blog.

On Friday, I exploded our kitchen—ever the drama diva. I was so busy working that I forgot the eggs I’d put on to boil two hours earlier. The six-egg explosion was formidable and decorated my kitchen from floor to ceiling. Teagan hid for three hours. The outcome of the story is that eggs make good bombs.

Hubby’s birthday went well, but guess what? His two-hundred-pound microphone sounds precisely the same as his old one. In fact—the condenser mic that he bought himself for Christmas and has raved about ever since to this point—now my mic—is ever-so-slightly sharper. But he’s happy—I’m happy—the microphone shop is happy—happy days. We sang until four in the morning—thick walls, the joy of an old house.

I had a shock yesterday—I am the victim of plagiarism.

Every morning, I go onto the reading and writing groups to see what’s what. The first two groups I went in had lead posts with bitter and unpleasant arguments unfolding.

Surely the purpose of the groups is to make friends, contribute, sell your books and service—and just as importantly, to help other authors reach the same goals. So often, though, people are using the medium to be unkind and spiteful. I’m probably about to overuse those two words because they are the only ones that fit. There’s a ‘thing,’ it’s a definite ‘thing’ amongst some authors. There’s an element that waits for any opportunity to put somebody else down. I’ve seen people slated,  belittled and made to feel stupid for asking a question.

I hate using cliché, and I believe the phrase for them is keyboard warriors. I like it, it’s apt. Would the same people be so outspoken and vicious if they were face-to-face with the person they are about to verbally eviscerate? 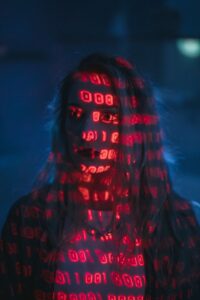 It’s born of a superiority complex.  To promote a view of self, the warriors put somebody else down to elevate their mighty status. They can’t see that a kind word to somebody on a lower rung of the creative ladder would increase their feeling of self-worth. It’s a cowardly form of bullying. We can all type letters on a keyboard.

I am the best writer in the world.

There, I’ve written it; therefore, it must be true. How great I art. Now that I’ve given myself that title, I have every right to tell every other writer in the world how stupid and useless they are. And then I’ll be even more significant, and I can type more words to make myself feel important. Nobody can wield a keyboard as well as me. I’ll decapitate them with the vowel and smite them with a consonant.

It makes the people that do it look incredibly silly.

And getting none-too-swiftly to the point. I broke my rule and responded to one of the threads. I said that it’s better to be kind, and pulled out the time-worn adage if you can’t say something nice, scroll on. Miss Hypocrite 2021, representing Great Britain, spent the rest of the day in a terrible act of unkindness and had to eat my words.

I thought about it before making the decision. I wanted to be sure that it wasn’t a knee-jerk reaction and that I was doing it for the right reasons.

Merrily scrolling through the posts, I read a message from a lady asking about book cover design. She wasn’t even asking for a designer and wanted advice about how to do it herself. And there it was, my book, my name, my cover. Somebody offered to design her cover for her using my book as one of ‘his’ work samples.

A man called Colin Anderson had blatantly been on my website and stole my cover to pass off as his own design. What the hell?

I had to read his post three times to be sure that it wasn’t a mistake.

If the post itself isn’t proof enough, I can categorically prove this theft, fraud and plagiarism. My designer of over twenty years has the original source file. I’ve been advertising the book on Amazon UK, Goodreads and many other outlets since its publication in 2016.

If I thought this bloke was well off for one second, that book could make me more money in court than it has in its five years of publication. And, if not me, then my designer. And while I should, and it’s not very public-spirited of me not to, I have neither the time nor inclination to pursue this through the courts. However, as he’s a prolific advertiser, I felt that it was right to inform people what Colin Anderson is doing. He may have taken other author’s books as well.

The coward removed the post after being outed, but I haven’t had a word of explanation or apology—radio silence.

I have never used his service. He had no right to take my book and use it under his name for his advertising. And, he was so thick that he didn’t think to check that the rightful owner wasn’t a member of the group he was advertising in before posting. I saw it quite by chance, and if I hadn’t scrolled onto it, I’d have been none the wiser, and he’d have got away with it.

While I have called him stupid in the last paragraph, I’m loath to use the opposite in this one, so I will go with devious. My real designer and I have a theory as to how he’s getting away with this. The original cover for A Question of Sanity was designed over six years ago. Peter, my designer, doesn’t like it and feels that his work has improved with time. Although it sells better than any of my other titles, we’ve discussed changing it for some time. It’s a massive gamble—it was selling. However, we bit the bullet and changed it on trial a couple of weeks ago. We think Mr Anderson is targeting authors who have changed their covers and is stealing their old ones. Most authors will neither have nor have access to their original source files. When you change your cover on Amazon, the old one is overwritten. It makes it more difficult to prove ownership of the abandoned cover.I’m adding the post I saw to this article for both posterity—imitation is the greatest form of flattery—and to warn other authors to watch themselves with him. 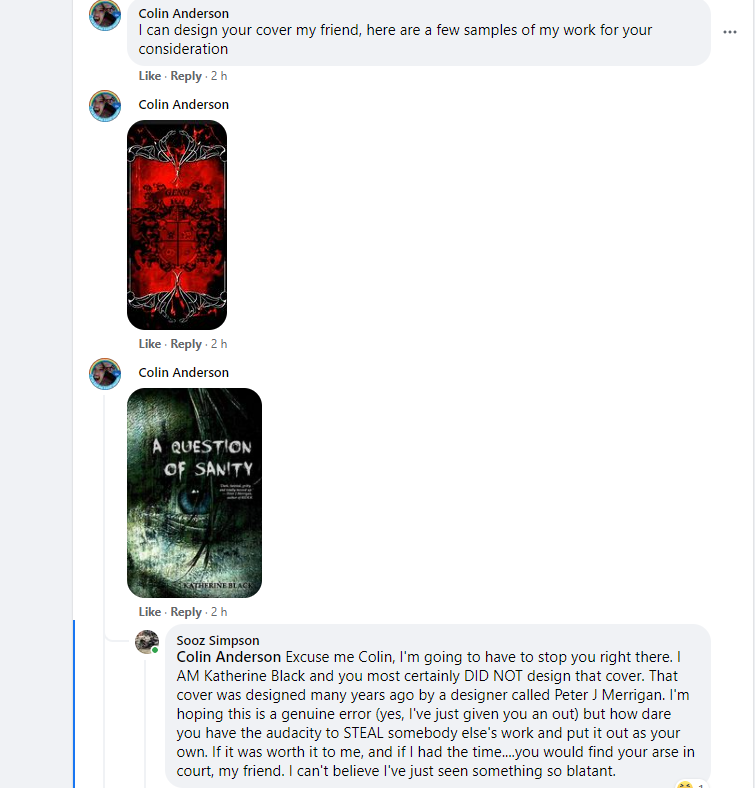 To add balance, I’m going to mention a couple of Facebook groups that I do recommend. The first is a writer’s support group called Authors Buying Books. These groups are American in the main, so no second U in author. The group is filled with lovely people who genuinely support each other. Every week there is a featured book, and if you buy that author’s book, you are entered into the draw for the following week. The members are kind and helpful and, there isn’t a warrior in sight.

The second is The Author’s Inner Circle. This one is for service people to support and help other authors.

I’d like to mention the Writer’s Network. I only joined today after a lovely invitation from the creator Robin Fenway. I haven’t had the chance to look at it properly, but I’m impressed by what I’ve seen. It’s a very clean and professional-looking, interactive network. It appears to be a friendly place to spend your coffee break.

I’m looking forward to getting to know everybody.

I am still vampire deep in Jenna O’Malley’s book. I was very naughty and took most of the weekend off, so I haven’t met my fifty-page a day target. However, we’re well online for finishing before the deadline at the end of the month.

Barbara Mostella’s book has returned from typesetting for checking and has gone back for the snagging stage. We will have that out to her and ready well within the deadline date. I’ve just checked my email and seen that both ebook and paperback are in for final check before sending to the client.

Next month is filling up nicely. We only have one slot available for editing. However, we have several spaces for typesetting, illustrations (Illustration page and portfolio to be added this week), book cover design, and marketing.

This brings me to upbeat topics and introductions. Best Book Editors has expanded again. We already have an excellent graphic designer with many qualifications and years of trading under his belt for creating book covers. Now. We’d like to introduce Jay Ellis, our new Illustrator. He’s young, keen, on-trend and raring to go. Jay is in his final year of a three year BA (Hons) degree at the prestigious Salford University studying fine arts.This week we’ll create his portfolio page, and you can watch it grow as the commissions roll in.The next two images are two very different samples of Jay’s work. 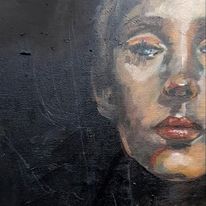 Chris will still be taking on most of the covers. However, while every cover is bespoke and individually designed, sometimes clients want something ultra-specific. For instance, a lady in Winnie the Pooh PJ’s, with a ginger cat on her knee, reading The Diary of Adrian Mole, and a picture of Bob Marley on the wall. Jay will produce this for you. He will also be taking on the illustrations for children’s books, and like the two Chris’, we have secured him at an excellent price that we can pass onto the clients. 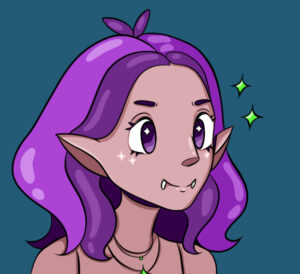 If you go down in the woods today, it’s all happening. I was going to write about Amazon Ads this week, but it can carry over. And just so that people don’t attempt to buy my book with the old cover–here’s the the updated one again.made as always by Peter, ,my personal designer. 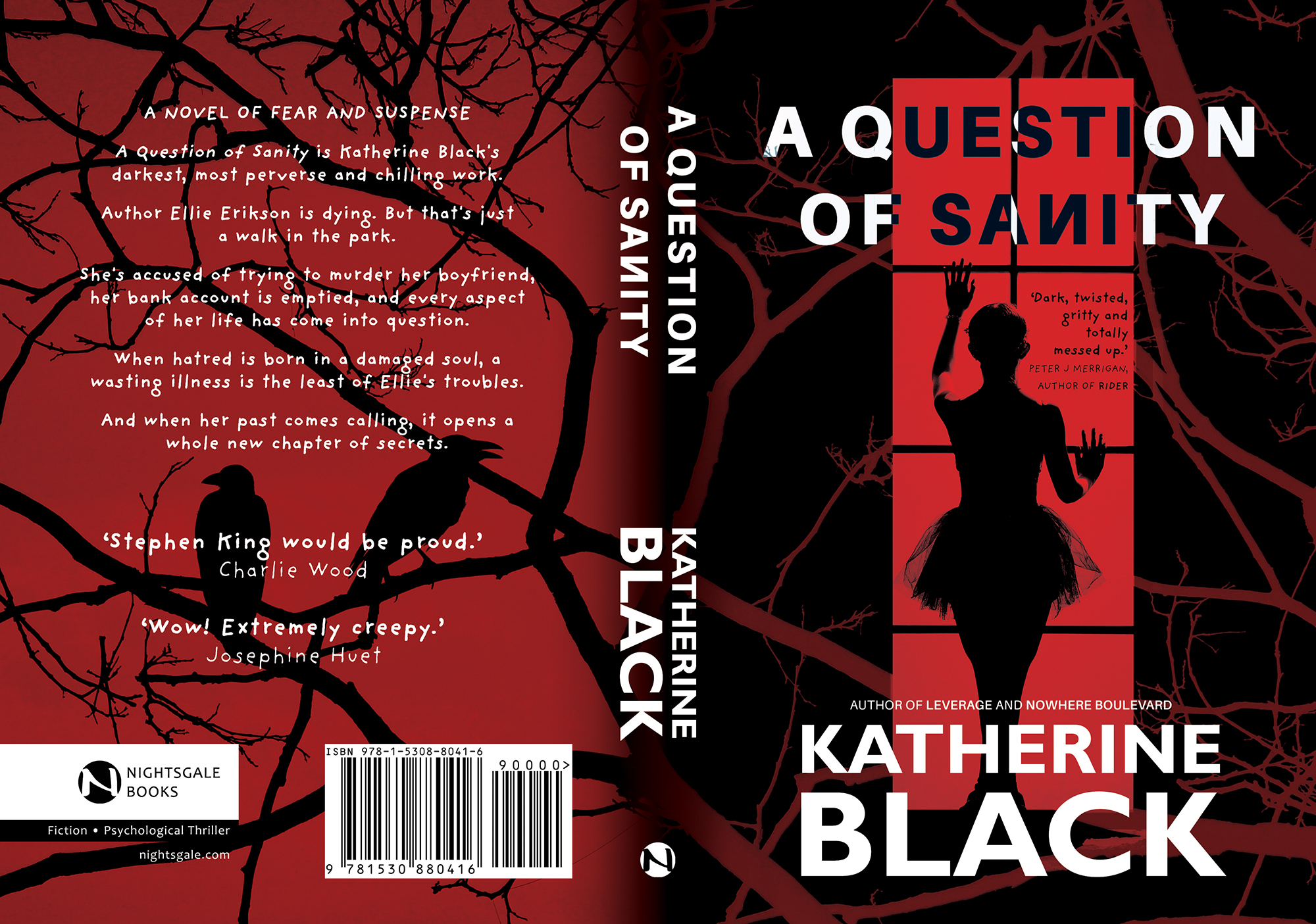