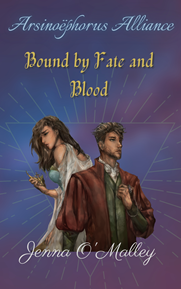 This is an intelligent vampire story. Some of the phraseology is just beautiful.

This vampire genre lends itself to forgetting about the myth being seeped in folklore and history. It’s morphed into a general excuse for writing—and I use the term in its loosest form—some of the worst sex scenes ever to come from sticky keyboards. Okay, some of them probably have some well-written sex—I’ve just never read one.

I am delighted to report that this isn’t that book. There isn’t a ripped bodice in sight. It is, however, a touching love story, sensitively written. The male and female leads are likeable and easy to connect with.

I loved several things about this book. We are introduced to many different species of merna. I enjoyed reading about their various traits and abilities. It wasn’t just, here’s a vampire. Here’s another vampire. And look, here’s another vampire. It gave the book flexibility because, with having other species, the story didn’t have to unfold only in the dark. Introducing and comingling different species was a clever ploy by the writer who thought about where she wanted to go with the book. Every species adds another layer to the texture of the story.

The book doesn’t go mad on history, but what there is reads as well-researched and accurate. There are some excellent little snippets of Egyptian history and lore, as well as Spanish and English. It’s a period piece. And as such, the language is rich and dripping in lustrous brocade and velvet words. The description is lovely, and when something, or somewhere, is described, you are taken on location and can inhabit the setting and character. We are carried from London to the high seas on the Good Ship Lusty Strumpet, back to London, and end up in Flanders.

O’Malley has honed the craft of writing battle scenes, and I don’t think I’ve ever written this in a review before, but her action and battle scenes are the best scenes in the book. I don’t think I’ve ever read battle scenes that are any better than these—go tell that to Tennyson. She manages to avoid saying the same thing on a loop. And she has a natural sense of timing and pace. She takes it up, the tension builds. Unlike many writers that will leave the end of a battle hanging, she remembers to bring it down again, with a nice little flash of de-stressing humour from the characters.

The humour is sharp and helps to define, build and separate the characters. After a battle, one of my favourite scenes is when three mixed-species merna have a banter as they walk off the battlefield. Get me, with the buzz words. Merna are vamps, lycans, fae, wizards? Maybe, and all those beautiful species not of our natural world.

Very often, in a book with more than a few characters, what you end up with are two characters, one male one female, on repeat. The Author understands her people and keeps them distinct.

A well-thought-out story. The distinction is that It’s a book with vampire characters. It is not a book about vampires.  The story is about people, conflict and resolution. It’s about power used well and power in corruption. Woven into all that is a lovely story about loss and return that transcends time.

This novel is part of a continuing series.