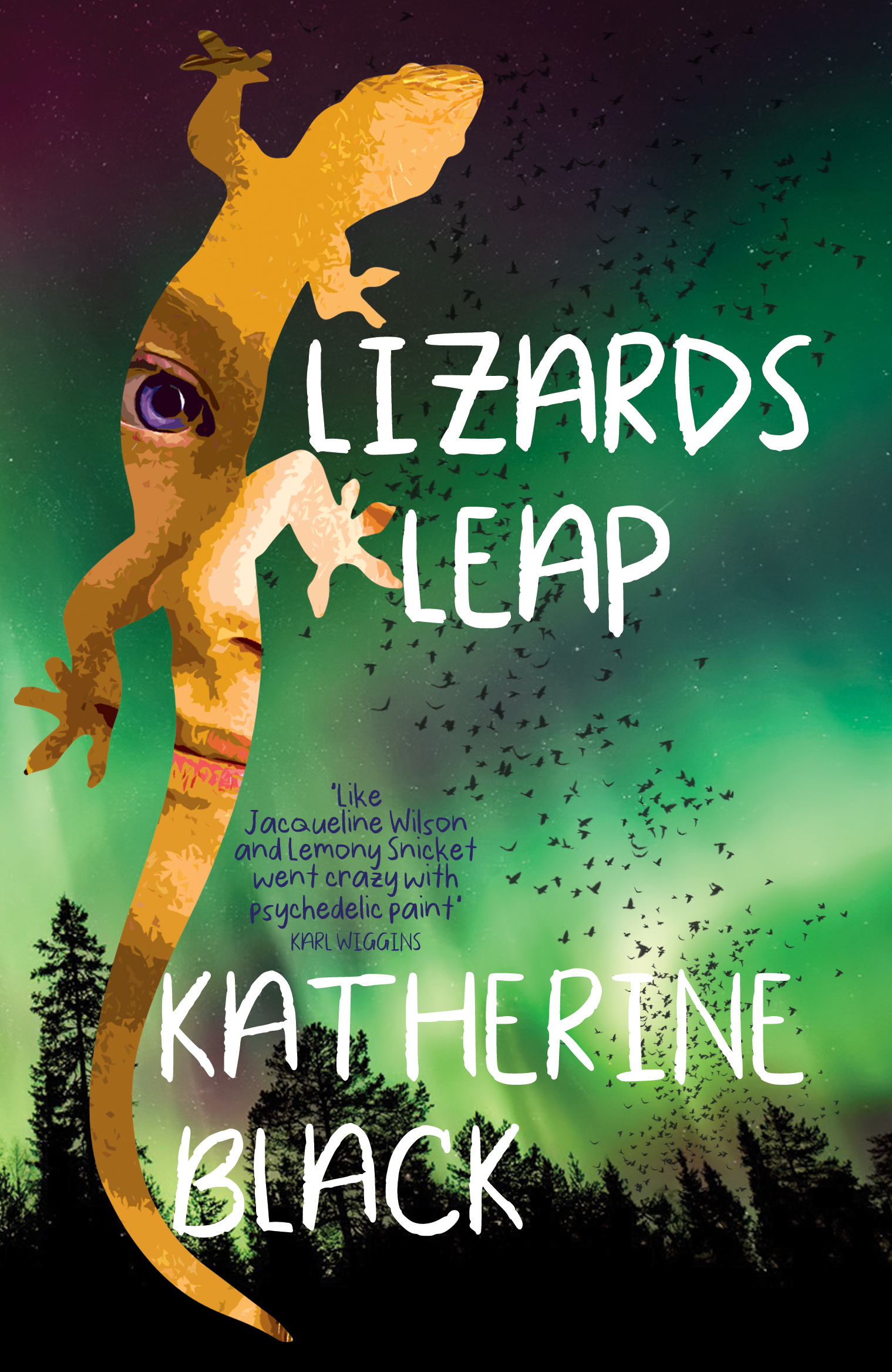 5.0 out of 5 stars Four go through the frame for adventures

Reviewed in the United Kingdom on 13 December 2021

Another excellent story from Katherine Black, this time a magical mystery for early teen and young adult readers upwards—this sixty-something loved it.

When twelve-year-old Kerry falls in love with an intricately-fashioned picture frame, complete with carved lizards, at a church hall sale, she sets in motion a series of adventures for herself and her sister Emma as well as cousins Vicki and Mark. Not only does a strange and eccentric old woman try to claim the frame as her property, but the strange rhyme which Kerry finds within the frame transports the foursome, when they recite it out loud, to the location shown in the picture contained within the frame: the first of many adventures upon which the four embark.

There’s fun and games as well as risk and danger while the young people discover not merely the magic of the frame but the penalties for misuse of the same. Highly recommended.

Reviewed in the United Kingdom on 22 March 2003

What a delightful story. I bought the book for a nephew of mine, but thought I’d read it before sending it on. I was hooked. Four children find a picture frame at the bazaar
and embark on a series of adventures. On the way they meet the mysterious Sylvia from the equally mysterious Brampton Hall, who is prepared to pay anything to get her hands on the frame. From the Statue of Liberty to Kaleidoscope Castle, via the King and I, the pace never slackens. I’m certain that William will enjoy it just as much as I did.

Reviewed in the United Kingdom on 14 August 2003

A delightful read with lovely well concieved characters and teriffic action settings, I loved the castle. The story reminded me of THE LION THE WITCH & THE WARDROBE (although NARNIA was the only place. / STARGATE / SLIDERS. A leap to who knows where and an adventure awaits.
Great story Sue can’t wait for more.
Read it kids (and adults) its great!
Simon Murphy (Author of THE VALENTINE ROSE).

I found the book “Lizard’s Leap” very interesting. It was very realistic as if you were actually there. Most of the story I found really dramatic but some of it was a little bit boring. Otherwise it was a great, fantastic book. The bits where people were described I found boring. The most dramatic part was when they leaped into a castle and had to do some tasks to go further into the castle.

Enchanting, exciting, for people of all ages. An easy read but keeps you gripped. If you like Harry Potter or enjoyed stuff like Enid Blyton as a kid, or are just looking for something refreshing and new this is the one for you.
Having tested out on some of the kids I teach and getting positive vibes, I would reccoment this book as a stocking filler too.

Fabulous read. I originally bought the book for my daughter. I had to read it first! The synopsis was so exciting!! From the colorful Sylvia to the horrendous King Luke you will find excitement and adventure in every leap! Keep your eyes peeled, for things are not as they may seem. This story makes for a great read for the whole family!

For both children and adults alike, enchanting, exciting, keeps your interest throughout. A good read for people of all ages. I am a supply teacher and always read a bit to the kids in the schools I visit. If you like Harry Potter or liked Enid Blyton as a kid, you’ll love this.

Reviewed in the United Kingdom on 16 March 2003

“A story chock full of delightfully quirky characters. The adventurous
“leaps” are so varied that the entertainment level never drops. All this,
with a smattering of life’s lessons thrown into the mix, make for a
delicious read.”

Reviewed in the United Kingdom on 5 June 2003

A delightful book.
The characters are quirky and appealing.
The leaps are varied and contain lessons and a sense of humour that catches you laughing aloud.
An enjoyable book for any age group.

Reviewed in the United Kingdom on 27 January 2008