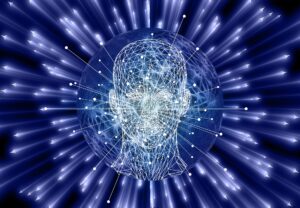 Rules For Using Clauses and Commas

For many writers,  knowing when and how to use commas correctly is one of the most baffling processes to get their heads around.

We’re going to look at common errors regarding punctuating your sentences correctly. Some people use the Oxford comma, some don’t—what are the rules? We’d be excellent authors if we understood every law about correct grammar and punctuation. However, you can spend forty years writing and still learn and improve all the time. Working out where to put commas in clause and sentence structure can be a minefield. We’ll try and make it easy. There are as many correct theories as there are grammarians. But, most of us are left scratching our heads when it comes to compound subjects and conjunctions.

Rhetorical questions are asked to stir the reader into a state of thought and response. You ask a rhetorical question to get them interested. Personally, I tend to keep rhetorical questioning to the minimum in prose and fiction. It has its place in, say, essay writing, but I’d be aware of overuse even then. Damn, it can get irritating. Use them sparingly, but if you must use internal or rhetorical questioning, the question should be punctuated with commas on either side. However, and this is where it gets complicated. Using too many commas in a sentence will confuse the reader and cloud what you’re saying. It acts as a blinding smokescreen. To give you an example of a rhetorical question. Do we need more than two commas in one sentence? I think the answer is yes if it’s unclear without them. If your sentence is a cornucopia of commas and punctuation, then it’s too long or too complex in its structure. Look at breaking the clauses into separate sentences or rewriting the sentence to simplify it. Your reader shouldn’t have to work out the Enigma code with every new paragraph of your book. And going back to those rhetorical questions, unless they are asked in dialogue, it’s a moot point. There is nothing worse than having your character asking a stream of self-reflective questions in thought. And questions are best left out of narration, too. Keep your questions limited to spoken dialogue.

A common error is that writers tend to put a comma before and after and. Commas should not be used to separate possessive pronouns. There is no comma between compound items, verbs, people, and objects. To simplify a compound verb, it is two nouns joined by the word and. Peter and Jenny went for a walk. The kettle and mug are on the counter. A simple equation to help you remember is comma + and = full stop/period. This means that the following input of punctuation after the word and will be the end of the sentence and, therefore, a full stop. 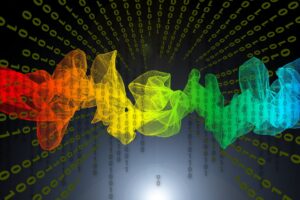 What is a conjunction? It the connective in a sentence, e.g.; and, but, so, if, and or.

How should commas be used when you are merging two sentences? If you are combining two statements into one sentence, use a comma before the conjunction.

I support Manchester United, and Newcastle.

If there are only two items in the list, you don’t use a comma because it acts in the same way as a compound subject or object, as discussed above.

With three or more items in the list, you have a choice, and this is where comma usage is so confusing.  You can either use the oxford comma—or not.  Your choice.

What is an Oxford comma?

It is sometimes called a serial comma, and it is the last comma in a list of items.

We went to France, Italy, Spain, Egypt, and Morocco.

The Oxford comma is the one after Egypt and before and. The sentence above is correct—but then so is this one.

We went to France, Italy, Spain, Egypt and Morocco.

In the United Kingdom, though it is still widely used, we are phasing the Oxford comma out, and a lot of Brits don’t use it in conversational English. However, it is still used in business and academia. At the time of writing, there is no right or wrong way—but it’s probably better to get used to not using it. Otherwise, you’re going to have a bad habit to break when the rules change.

Most institutions in The United Kingdom still use the Oxford Comma. 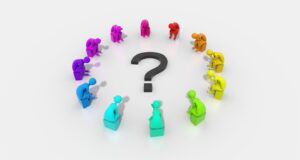 In the USA, it’s the norm with no immediate intention of losing it, and to leave it out would be wrong.

What are coordinate Adjectives?

First, you need to know what an adjective is.

An adjective is a descriptive word that describes nouns and pronouns.

The tired old kettle looked out of place in the gorgeous freshly-painted kitchen.

There was an array of beautiful daffodils shining in the sun.

That’s all great and easy to understand, but next time you’re reading a book, notice that some adjectives have commas—and some don’t.

When do you need a comma between adjectives?

My cute book has a purple cover.

The cellar was cold, and damp.

It’s one of those archaic rules that makes grammar so challenging to learn and get to grips with.  Why would new and purple not have a comma, but when using cold and damp together, they do? It’s because cold and damp (and in this instance, it’s a compound, so it doesn’t need the comma) are coordinate adjectives. Grammarians describe them as having equal weight. But the best way to explain it is that they go with each other and with the noun. So cold and damp relate to the cellar—and to each other.

The thing to remember is that it doesn’t matter which order you put the adjectives in. They are interchangeable.

My cute book has a purple cover.

My purple book has a cute cover.

If they are put next to each other, My cute, purple book has a cover. They need a comma. And, it doesn’t matter how you arrange them.

We will leave coordinate adjectives for a second and describe cumulative adjectives. When you understand the difference between the two, you can work out their comma usage. I have a couple of tricks up my sleeve to help you.

We have two  kinds of adjectives

Cumulative adjectives are those in which the pairings are not relative to each other. And, also when the adjective before the noun makes it a compound noun.  Cumulative Adjectives must be used in the correct order because they build the structure of the sentence.

Wrong: He was a catholic young clever boy.

Correct: He was a clever young catholic boy.

For the sentence to sound right, the adjectives have to be in the proper order of weight. The good thing is that you don’t have to worry about getting a cumulative adjective in the correct order too much. Yes, you can get it wrong, and as an editor, I see it sometimes. Still, most native-English speakers are brought up with sound—we are taught from developing speech patterns which order sounds natural. As a rule, you wouldn’t say a green round big box. You would say a big round green box.

And the tricks I promised you to help you remember. Try inserting and between your adjectives. Do they still sound right?

One trick not enough for you? What am I, a magician? So here’s another one.  Alter the order of the adjectives in your sentence. Do they still sound Natural? 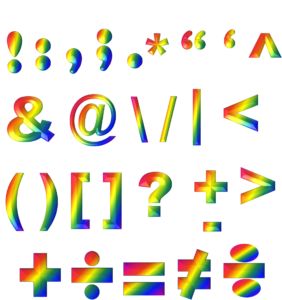 An independent clause is a thought that can stand alone as a complete sentence, with or without, needing commas and without adding to it. If you chose to add a second clause to give the sentence two or more points, then that is up to you. An independent clause has a subject and a verb to make it complete.

Example: Today, I will do my financial accounts.

The rules for comma use in subordinate clauses are easy. However, there are things to remember. A clause means that it is a part of the sentence that it belongs to. The statement is often used to refer to objects in English, but there are exceptions. The other parts of the sentence that describe the function of the object are the predicate. The facts usually refer to direct objects in English.

It will help you in your writing to know which clauses are (independent) and which are subordinate (dependent). Knowing the difference between the types of clauses help you structure your sentences correctly. Knowing where to put your commas should fall into place. It comes down to which of the two clause types opens your sentence.

If a subordinate clause starts the sentence. It has a comma after it.

When the main clause begins the sentence, there is no comma to separate it from the dependent clause.

Wrong: If nothing gets in the way I can do the accounts

Wrong: If I get paid we can go out for a drink later.

Correct: If nothing gets in the way, I can do the accounts

Correct If I get paid, we can go out for a drink later.

Subordinate clauses tend to begin with subordinating conjunctions. These are connective words that link dependent and independent clauses consequently, as, for, therefore, though, due to, provided that, because, unless, once, while, when, whenever, where, wherever, before,  after. 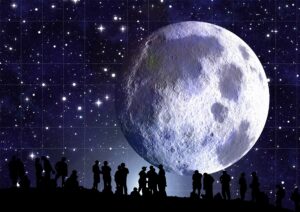 They can begin with relative pronouns such as that, who, who, whoever, and whose. Spotting these words will remind you that you are using a subordinate clause rather than the main clause.

Most of the time, you shouldn’t use commas with a non-restrictive clause. Non-restrictive clauses contain a particular clause or a relative clause that can be left out of the sentence—it doesn’t need to be there for the sentence to be complete and make grammatical sense. The tendency is to use too many commas with this type of clause, which clouds the meaning. There is a significant difference between the two types of clauses, and commas are needed to add the relevant pause. When you use a relative clause, your idea should never end with a comma; in this case, a semi-colon is a better form of punctuation.

We make a clause or clauses within sentences. A comma is used to link two or more clauses within your sentence or to add a pause to the line of thought.  Example. This article was going to be about commas, but I had to make it about clauses, as well.

When to use commas in your sentences can be one of the most frustrating things to understand. While some rules are hard, others are soft, and there are many grammarians as there are rules. This is one short article to give you some guidance and idea about where commas should or should not be put. However, it’s intended as a guide for the times when you’re struggling with a particular sentence or phrase. I will be writing further articles on the subject and suggest that you research the correct punctuation to use in any piece. Read other people’s work. Study where and how they use their punctuation and read as many articles as you can on every aspect of grammar and punctuation to improve your skillset—writing is fun—but nobody said it was easy. 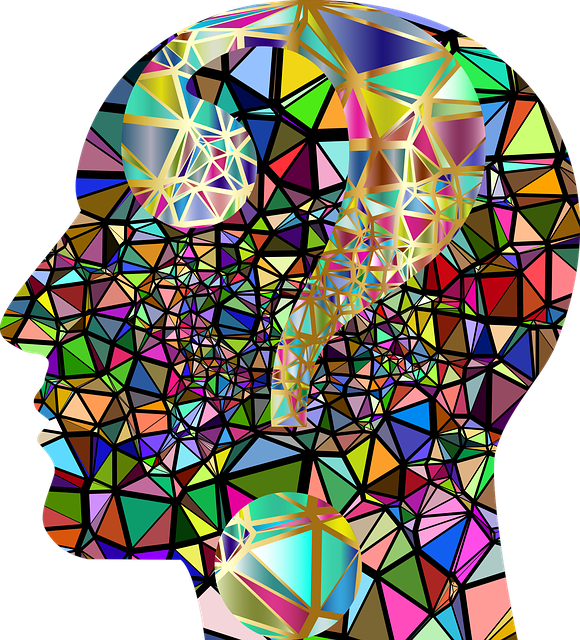