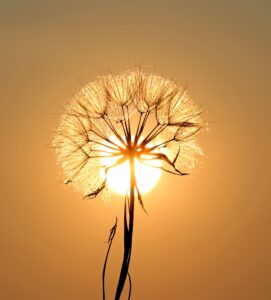 As writers, we all add useless words to our work. It could fill ten articles—with half of it being useless words—without delving deeper into editing rules. This article is going to uncover some of the pitfalls of overwriting and rambling.

Waffle, white noise, and tumbleweed will kill your book. Get your weedkiller on them and blast those pesky dandelions—they may be beautiful—but they ‘aint flowers. Most books need a lot of cutting.

In the first draft, the tumbleweed is good. All those empty words add nothing to the story—but they are essential. They have a purpose and need to be there because any words are excellent in the first draft. One leads to the next, and so on. Get those words in your document—any words in any order. However, by the second draft, it’s time to cut.

Most authors use an editor—and everybody should have one—even editors. As soon as the first draft is complete, writers hit return and send it out. A lot of the books Best Book Editors take on are in a terrible condition. I’ve heard that many companies won’t take the work on unless it reaches a certain standard. Others add a premium for books that need more work.

Best Book Editors will take any book, any genre, in any state–at the standard price. Our only stipulation is that they are in some form of English because neither of our editors speaks Klingon.

We have four clients with disabilities that have an effect on their writing. We also take on a lot of clients with plenty to learn about writing. However, most of our customers know their way around a keyboard. It would be lovely if they could take time to give their book a second edit before sending it out—but generally, they don’t. ‘It’s okay, BBE will sort out all my mess,’ along with everything else that an editor should be doing. While it would make our job easier, we don’t mind—we thrive on a challenge. 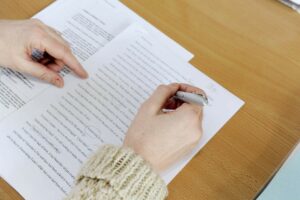 The second draft should be done by the author and sometimes several more edits before sending your work out for editing and or proofreading.

On the second draft we cut, it doesn’t matter which flavour of milkshake they choose or which point of the compass their drinking straw heads.You need padding, of course, you do—but we suggest reading every sentence and asking which words add something to the story and which say nothing. If you take our suggestions, you will lose a lot of the book. It gives you room to add another couple of chapters.

White noise again, but this time in the middle of dialogue. Let the talking do the talking. It’s imperative to let a conversation run. The filling, before, during and after the talking, hides the story. We’re taken away from the people and what they’ve got to say, to read a comment about her pulsating heart or the colour of his shirt.

I describe it like seeing an old friend in the street. So, you stop for a chat. And her annoying child is tugging on her skit and interrupting every time you speak. That is stage management. The phrase I use to stick in the author’s brain is let the talking do the talking.

It’s more challenging with multiple person conversations because you need character tags to know who is speaking. However, there are tricks to get around that.

It’s important to lose most of the stuff that doesn’t matter to see the excellent writing hiding behind it.

My pet hate is stage management. Let the talking do the talking.  Keep your dialogue clean, and don’t give leadership before, during or after every line. It was worth repeating. The reader will infer what you don’t write, and if the dialogue is good—you don’t need to add empty words to the end of a line of speech. Imagine the flow of a conversation. When you add a direction, he/she did this, that or the other, you are taking the reader out of that conversation and away from the characters to listen to the narrator. You can add narration either side of a run of dialogue.

With multiple-person conversations, you need some stage management to know which character is talking. However, good writers try to keep their conversations down to two people for this reason. Sometimes you need ten people in a conversation, in a board meeting, or a war council. That requires more stage management, but you can write around it sometimes.

For instance, during a kitchen scene, we have Mum, Dad and John. We’ve set the stage and established that Dad is making dinner, Mum/Mom is feeding the dog, and John is doing his homework.

‘Honey, are you trying to make a grown man cry? These onions are powerful. I was talking to the lads at work today, and I thought we might have a day out at the weekend.’

‘Where are you thinking of going?’

‘If I ever get this algebra finished, I’m up for it.’

‘Yes, darling, but if we leave the dog at home, you could take us to Alphredos for dinner. I don’t know why they have to make this dog food stink so much.’

‘Your wallet would never recover from the shock, Dad.’

‘Neither would he,’ Mum said.

That’s seven lines of dialogue with only one nametag at the end. We have used clues so that the reader knows who is talking.

Line 1: Dad is cooking, so we can assume he’s the one crying over the onions. He has called his wife honey, and while that could be his son, again, we take it he’s directly addressing his wife. Avoided the stage management, Dad said to Mum, sniffing and wiping his weeping eyes on a  blue-checked tea towel with frayed edges.

Line 2:  It’s a direct response to the question, so we know it’s Mum answering. Avoided, Mum said, nodding and looking up from the can of dog food with a quizzical look on her face.

Line 4: John, new speaker. Mentions homework so we know it’s John. Avoided, John said, smiling and looking up from his book with I love lucy in a love heart in the top left-hand corner.

Line 5:  Mum is speaking because she references dog food. Avoided another load of meaningless twaddle.

Line 6:  John is talking to his Dad by name. Avoided: more empty rubbish.

Line 7: We add a nametag Mum said to set the reader on track for the next speech run.

Obviously, you wouldn’t clue up every line in a real run of dialogue. And you wouldn’t write a conversation as dull as that one. The point is, let your conversation run undisturbed and give a polite name check every six speeches or so. Lip biting, looking, neck rubbing, and anything at all to do with eyes or nodding says nothing. It adds zilch to your story.

I can explain how this happens, and trust me, we all do it until we are made aware of it. When you are writing, your mind concentrates on the critical bits. The part of your brain that controls function and actions isn’t with you in this sentence. While you type, it is formulating the next one. However, you feel as though every significant statement should be surrounded by padding. It’s the equivalent of the vocal um or ah. So, the part of your brain that works on reasoning has a series of set defaults. Mostly it’s various forms of eye contact, usually looking, body movements and walking, often along corridors. Some people lean back in chairs, others move things on desks, but you will have these pre-sets, and your mind picks one at every opportunity to throw into the pot—for the 153rd time. Think of stage management after every line of dialogue as an annoying person butting in when you speak.

Jack made his way to the bridge where Jill was sitting. ‘Hey Jill, What are you doing today?’ Jack said, raising his eyebrow and nodding.

Jill smiled. ‘I don’t know, Jack.’ She raised her eyebrow, looked to the left and nodded.

Jack smiled back. ‘Do you want to go up the hill to get some water?’ He looked up the hill and then looked back again, and then he nodded and looked down.

Okay, so an extreme example, but people write like this all the time. Write what is relevant to what you are saying and leave out the dross about looking, shrugging and eyebrows.

Jack met Jill at the bridge. ‘Hey Jill, What are you doing, today?’

‘Do you want to go up the hill to get some water?’

Every line of speech with a new speaker needs indenting on a new line.

In this article, we’ve scratched the waffle surface regarding narrative and dialogue—but that’s all we’ve done.

These 1,649 words are an example of unnecessary white noise. I could cut the lot and write the entire piece in one sentence, but it wouldn’t make much of an article—just as over-cutting wouldn’t give you much of a book. It comes down to balance. Yes, pad your story—but make it descriptive and relevant.

Isolate and read every sentence of your book, and cut anything that doesn’t add something to the story.